Janet Jones, a professional dancer with classical ballet training and former Miami Heat dancer, created The Vixen Workout, a female-only, hip-hop, cardio dance-fitness class, in order to provide busy women one-hour to themselves to let loose, get healthy and have fun. The intense, 60-minute cardio, hip-hop dance sweat session takes its cues from a club atmosphere, while providing a supportive, confidence-boosting environment for women to shake it. Robin was originally hired to promote a 5-city Vixen Workout college tour throughout the state of Florida. Creating instant results (she was hired just one-week out from launch), she has provided PR services ever since and is the driving force behind the phenomenal exposure this brand continues to receive.

Nothing less than a full on media explosion, spurred by a half-page feature in The New York Times Thursday Styles section. Coverage in sought-after magazines including Latina, Allure and Glamour attest that editors absolutely love Janet’s “Girl’s night out in a club-like workout environment” concept. Public relations helped to generate more than just buzz, but a true movement of motivated women, known as the #VIXENARMY, who spread the word through social media. Best yet, the workout that got its start in Miami has expanded rapidly taking off across the country and the business is thriving.

• New York Magazine calls The Vixen Workout, “The Workout that Makes you Feel like Beyonce”

• Partnered with Cover Girl for a NYC Press Tour that caught the attention (and attendance) of more than 30 fitness, lifestyle and beauty editors 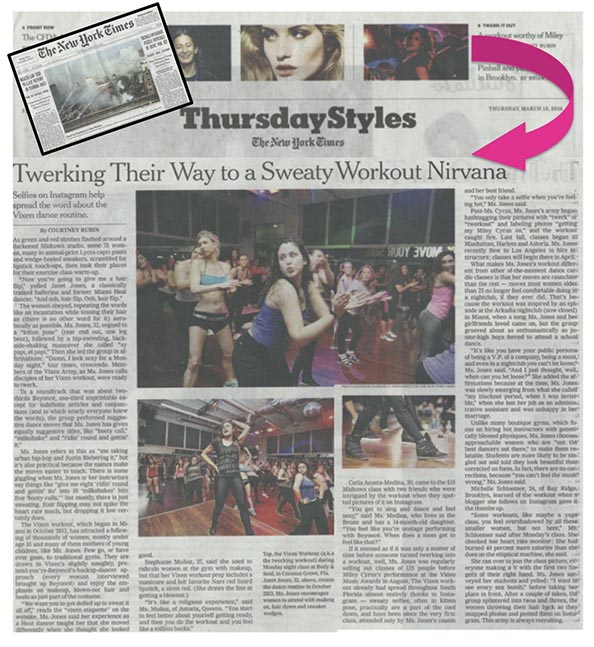 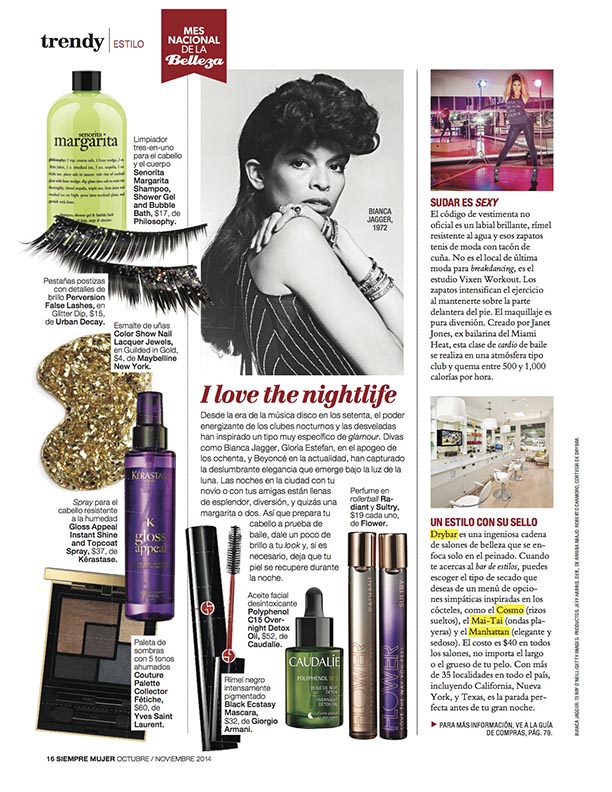 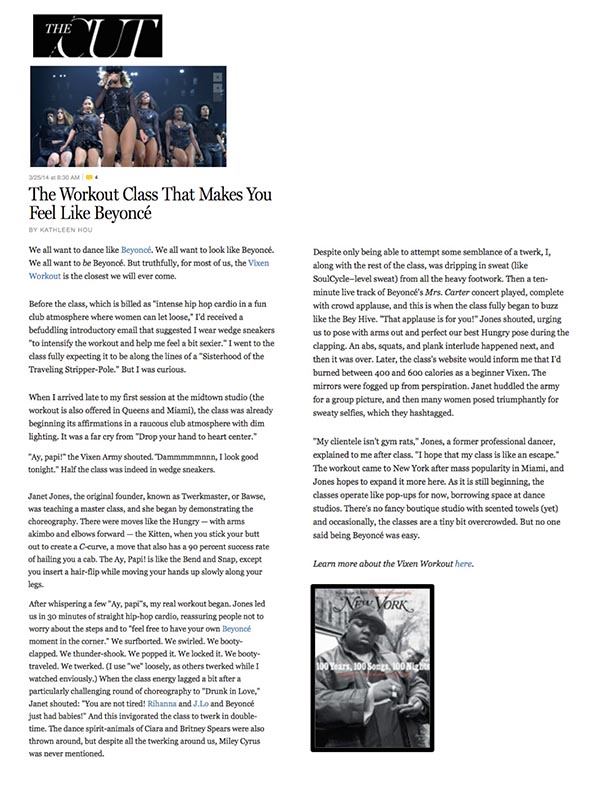 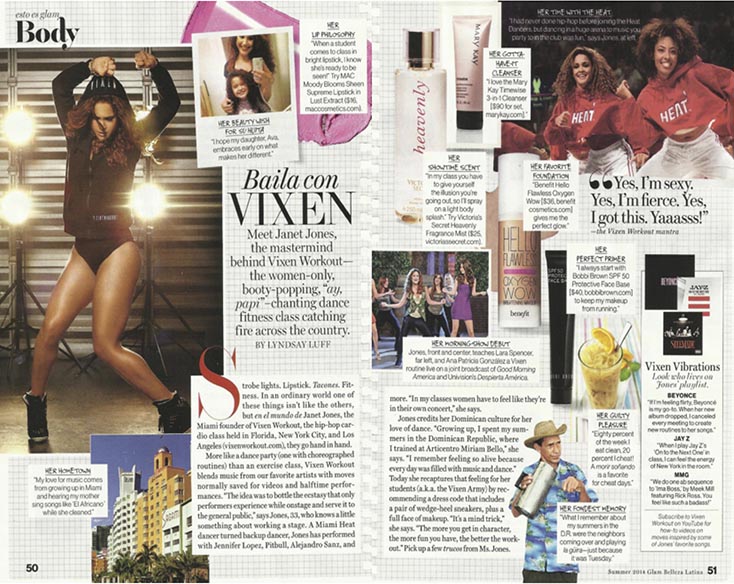 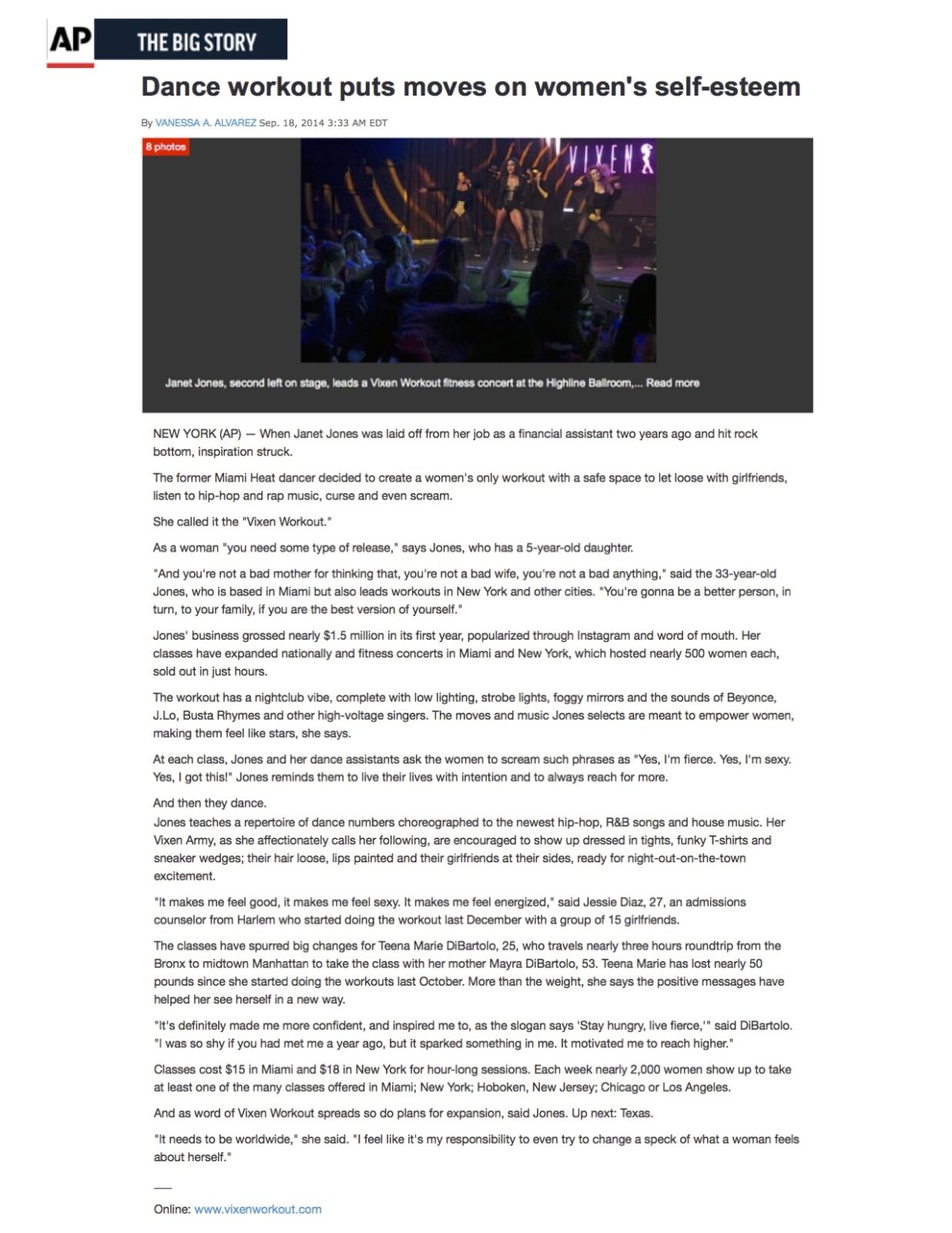 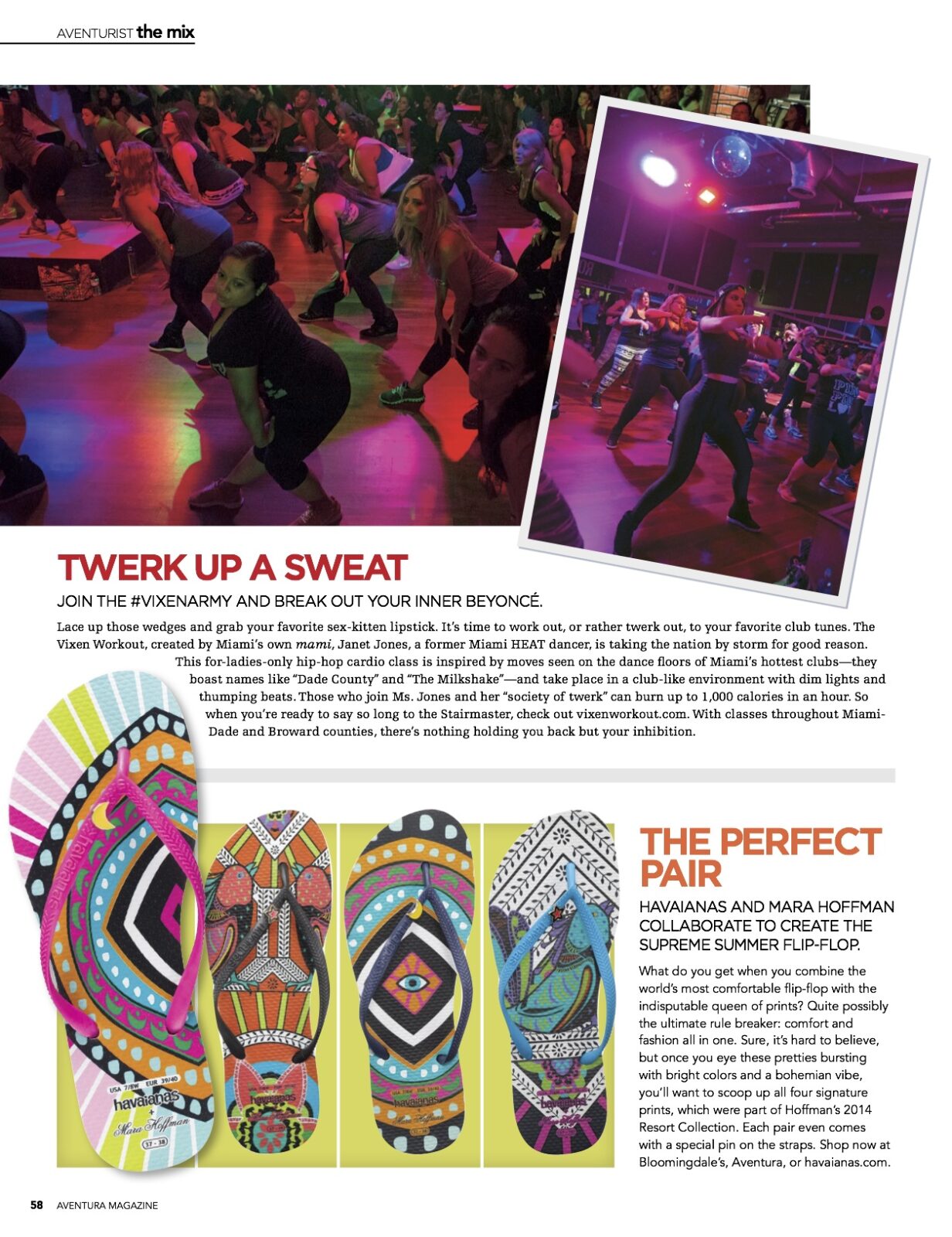 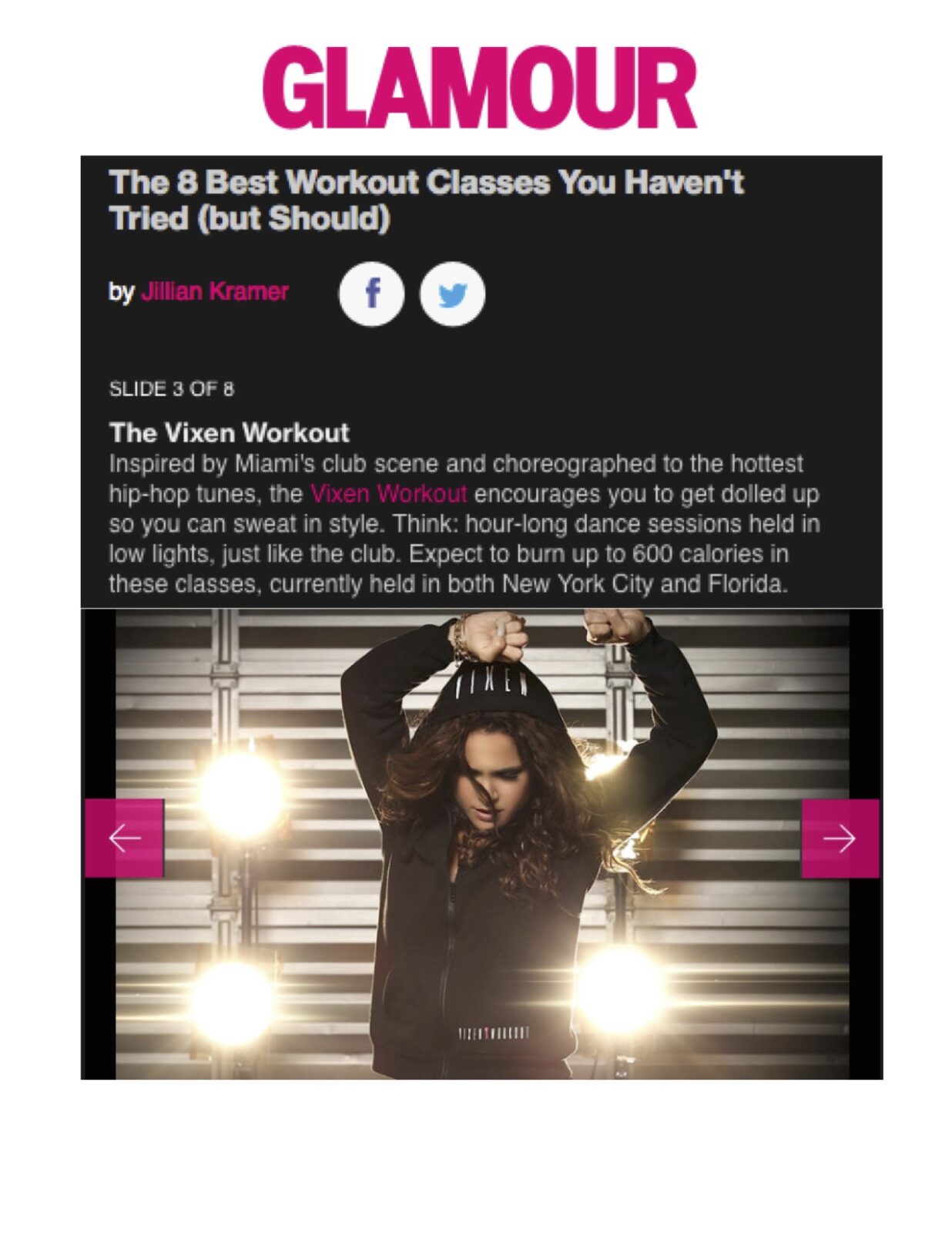 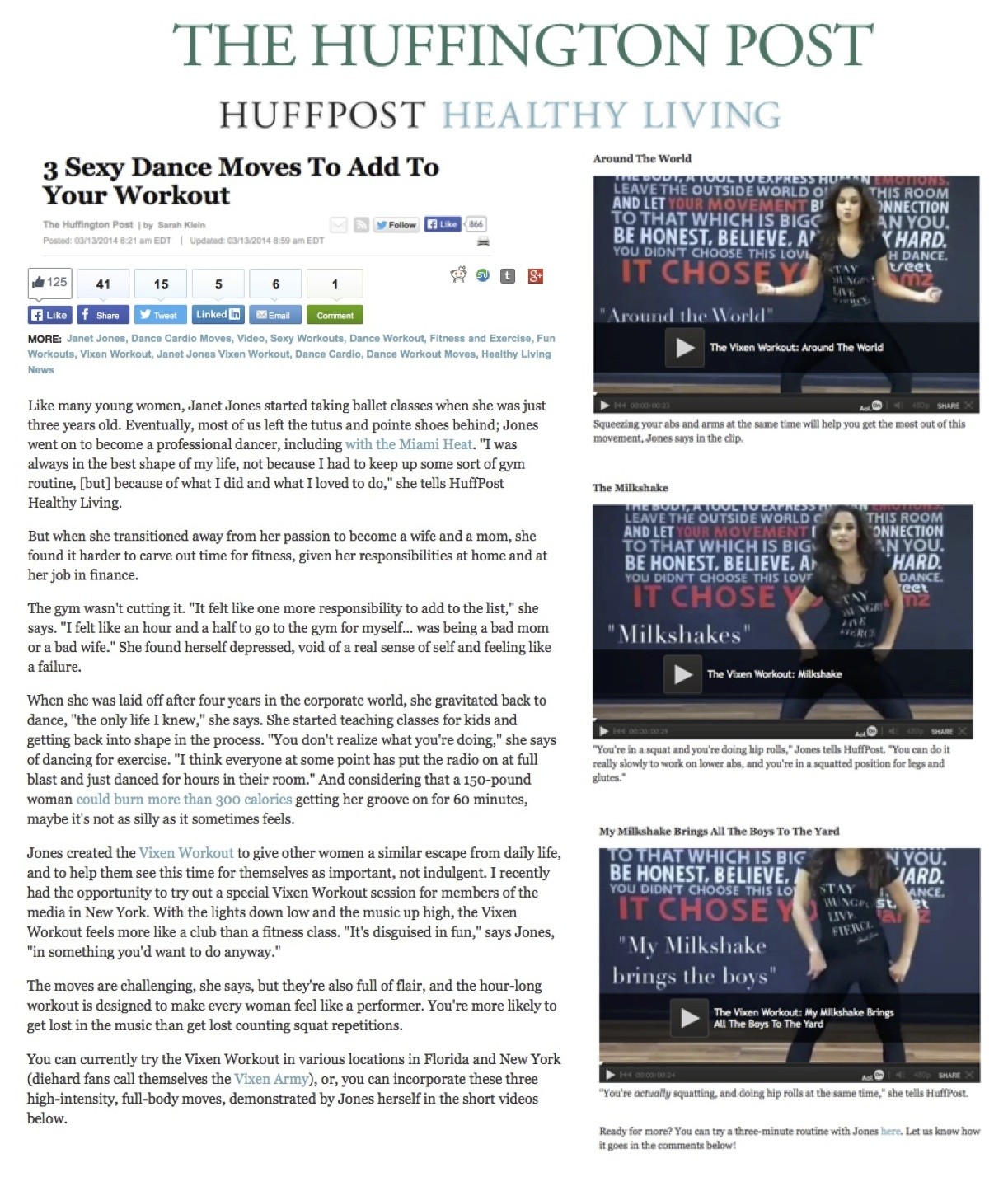 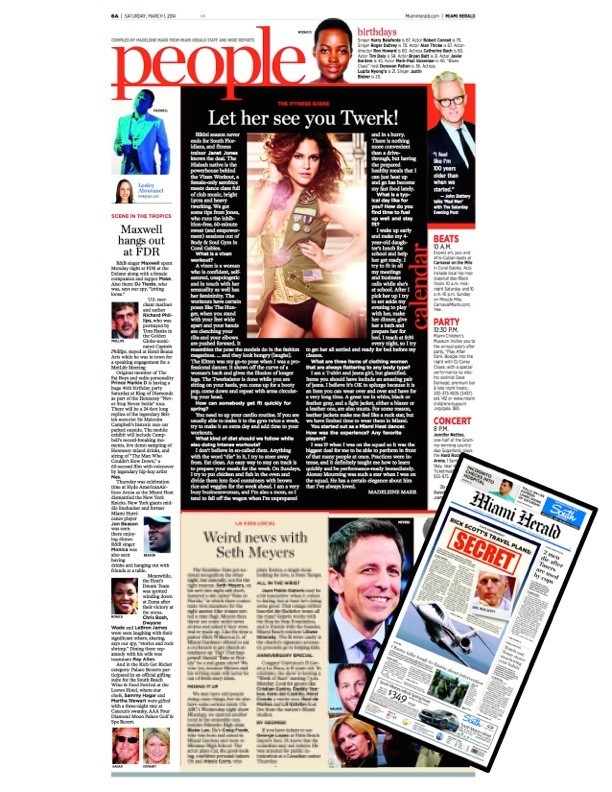 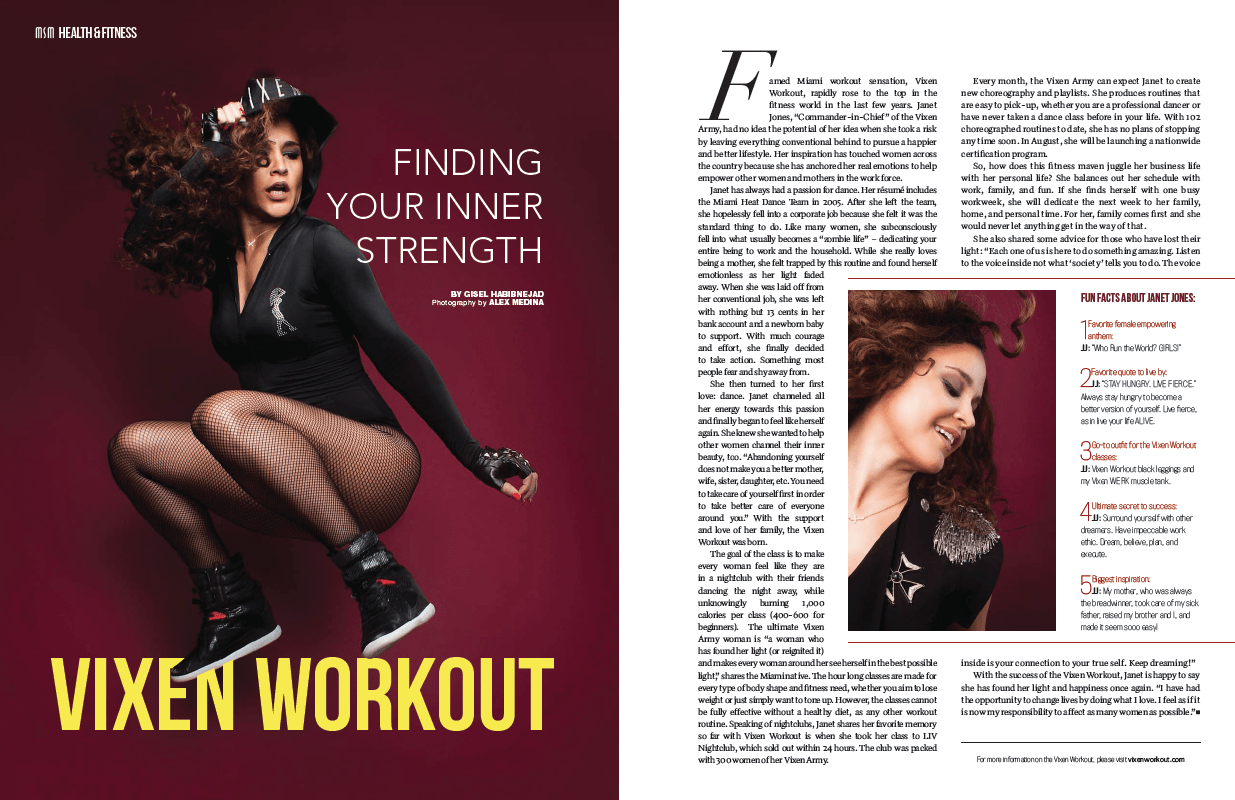 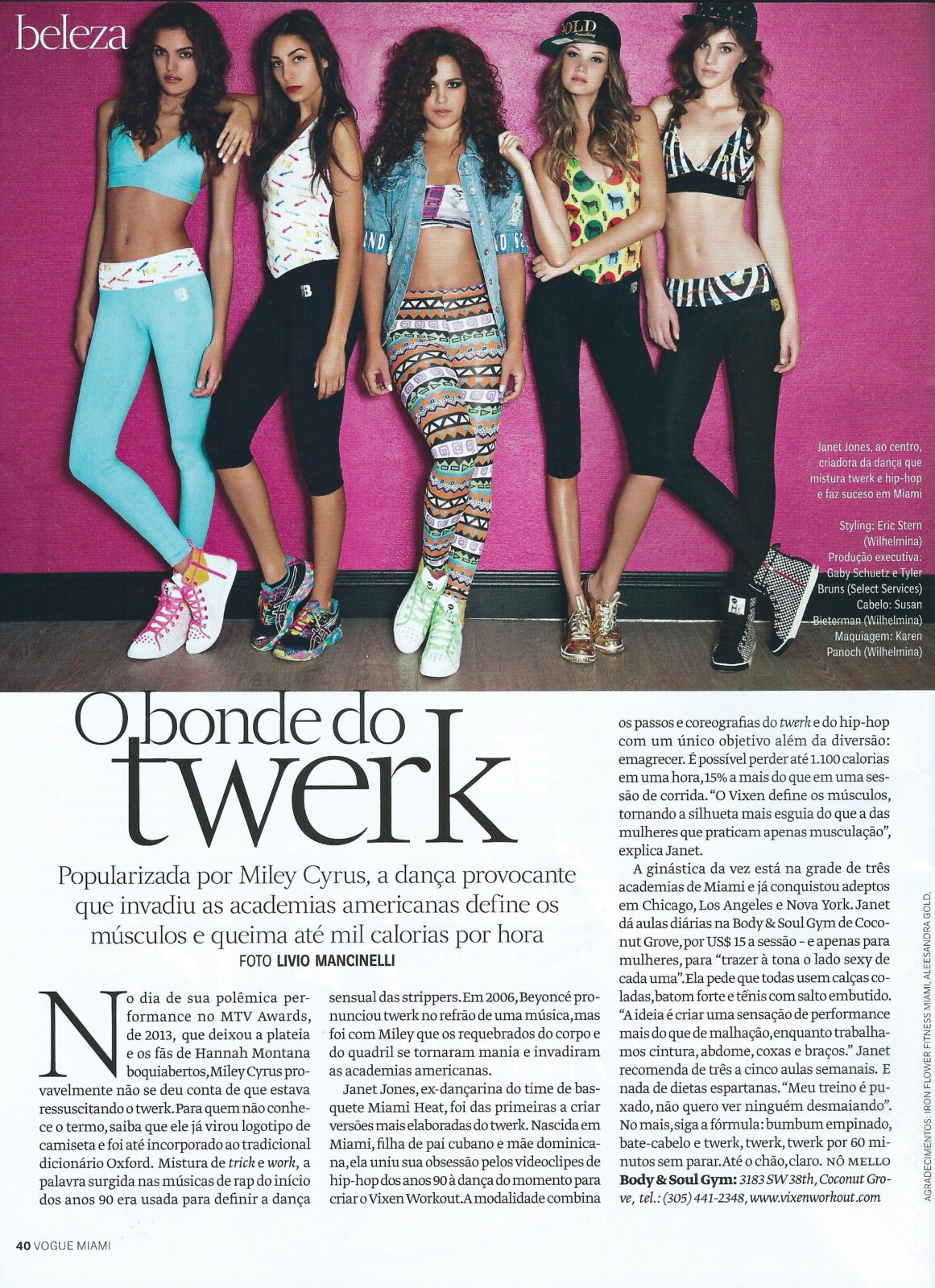 Robin Diamond is a girl’s best friend. She helped take the Vixen Workout from a rump-shaking grassroots movement in Miami to a brand that’s being talked about nationally. She’s the ultimate package: ultra-professional, intelligent, and above all kind-hearted. She’s someone you want to work with all day and still hang out with at night; she’s the “baddest” in the best way possible.